Home event About 50% of Coastal Fishermen are in Food Crisis, 45% Borrowed at...

Dhaka, July 07, 2020. Because of the ongoing 65-days ban on fishing in the Bay of Bengal, about 70% of fishermen have lost their employment, due to lack of income and failing to include names in the list of government aid list about 50% fishermen can’t afford food for three times in a day. A recent study by the non-governmental organization COAST Trust revealed this information. COAST has prepared the research report based on information got from 264 fisher families in the coastal districts of Cox’s Bazar, Laksmipur, Bhola, Patuakhali, Khulna, and Bagerhat.

The government is providing 43 kg of rice to help the families of the fishermen during the ban. But even though 65.8% of the fishing families got rice, 34.2% of the families have not yet received this government assistance. Half of those who got this rice received it about a month after the ban began. 40% of the fishers complained that despite fulfilling all the conditions, their names did not appear in the government list for support, so they got nothing.

67.5% of those receiving rice as government assistance said that the rice was not enough to support their families as there was no cash assistance to meet other household expenses and 96.1% of the fishermen did not receive any assistance under any other social safety net programs. Thus, 79.9% of the fishermen have borrowed on interest to meet the expenses of the family, 42.1% have sold their labor in advance, and 45.7% have borrowed from the moneylenders at high interest.

The study also found that violence against women in fishers’ families increased during the ban. 51.8% of households have experienced domestic violence.

The study also finds that 95.4% of the fishers have no alternative source of income except fishing at sea. The study, therefore, recommends ensuring an alternative income for fishermen during the ban period. Recognizing the effectiveness of the ban on fishing to increase the country’s fisheries resources, the study makes several specific recommendations to address the various crises faced by fishing families during the ban. Some notable recommendations are cash assistance instead of rice, easy access to loans or financial assistance, a compilation of an accurate list of fishermen, awareness and incentive activities to prevent child marriage and increase the rate of education, setting a “fishing ban period” in coordination with India and Myanmar.

Iqbal Uddin, a researcher at the COAST Trust, said the study was conducted to analyze the impact of the ban on fishermen’s socio-economic life, to analyze the risk and gender fairness of women fishermen and to make recommendations to meet the needs of fishermen.
Rezaul Karim Chowdhury, Executive Director of COAST Trust, said the fisheries sector contributes 3.57 percent to the annual GDP. Hilsa alone as a single fish meets 12 percent of the country’s fish demand. Fish production has increased by 58.35 percent in the last 10 years. Fishermen are always deprived even though they meet the fish demand of the people of the country. Most of them lead inhumane lives during the fishing ban. Rice assistance alone is not enough during the ban because cash assistance is needed for other household expenses. 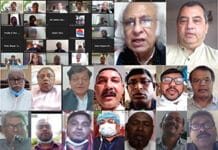 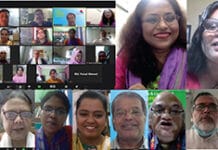 Speedy Trial Law is Must to Fight the Violence Against Women

Civil society, NGO leaders & high officials of on the eve of World Humanitarian Day : Dignified Repatriation of Rohingya Refugees is the Best...