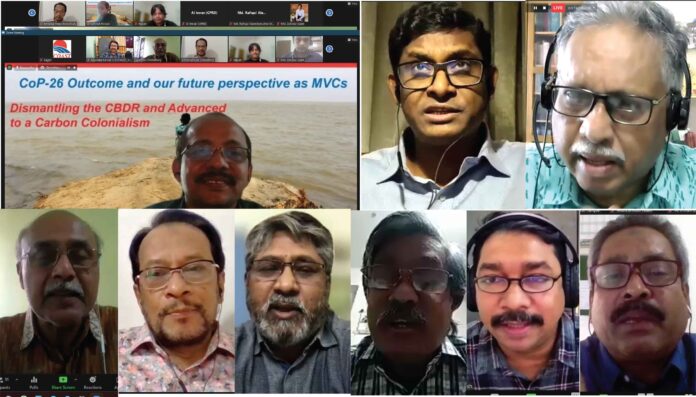 Dhaka, 22 November 2021.  Civil society organizations (CSOs) has treated the recent CoP-26 (global climate conference) outcome as frustrated for our country as MVC [Most Vulnerable Country] as there have no significant decision to finance for the MVCs especially for adaptation activities and to face loss and damage due to climate change. Observing the situation, the CSOs has demanded to government to develop country owned long term financial strategies to support climate change actions in future. They have made this demand from a virtual seminar titled “CoP 26 outcome and our future perspective as MVCs”.

Syed Aminul Hoque said that, the CoP 26 outcome was much more expected to produce a concrete decision and actions by world leaders to reduce global GHGs (Green House gases) emission and appropriate financing to support adaptation actions and to face recurrent loss & damages. These not happened due to oppose by some developed countries especially USA and their allies. He also condemned the UK (United Kingdom) position for their so called “Net Zero Emission” target by 2050 which in fact support the big emitters to continue their GHGs emission instead of “Zero Emission” target. Following the situation, our government should prepare for zero emission target along with own financing strategies for future to fight climate change he opined.

Barrister Shamim Haider said that the cop 26 outcome is somehow disappointed as because the decisions aggregately has dismantled the CBDR (Common but Differentiate Responsibilities) principle of Paris Agreement, denied the loss & damage with displacement issues and moving towards a business model instead survival of MVCs and save the earth from global warming. He appreciated the Prime Minister voice very realistic but concerned for less participation of BD govt. delegations in many CoP plenaries where main decisions come. So that our govt. should inclusive in future if we want to achieve the negotiation power to achieve the target successfully.

Dr. Mostafa Saroar said that the proposed “Net Zero emission” target is a false and elusive solution and the UK pushed to poor and developing countries to adopt this target which in fact moving to a carbon colonialism and to do business with MVCs. These poor and vulnerable countries are less contributor to GHGs emission and in future will be forced by big polluters to adopt so called carbon capture activities damaging their own natural system.

Quamrul Islam Chowdhury criticised the developed countries initiative of “New collective and quantified goal on finance (NCQG)” where no representatives of MVCs to finalize the process. MVCs may deprive from long term obligatory finance through this initiatives and also manifesting the ill motive of developed countries to facilitate the private sector in climate finance activities he said.

Sharif Jamil said that government mind set is confused as there is inconsistencies between govt. coal using and alternative energy strategies. He suggested to realise own problem and plan accordingly to move effective carbon reduction strategies and with alternative energy techniques. Mr. Shamim said that in CoP 26, developed countries has denied their responsibilities through deferring the 100 billion dollar promise by 2023 is completely unacceptable for MVCs. He also criticised the philanthropic attitude to lump sum financial support to adaptation funds for MVCs at Cop 26. Apart he demand to govt. to include civil society expert and activist in the process of climate negotiation from the next to successful voice raise. 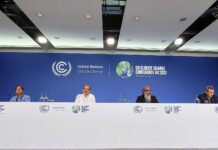 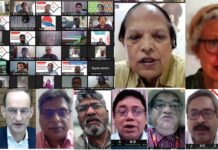 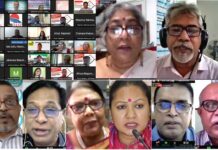