Home event A new global network for local and national organizations launched ahead of... 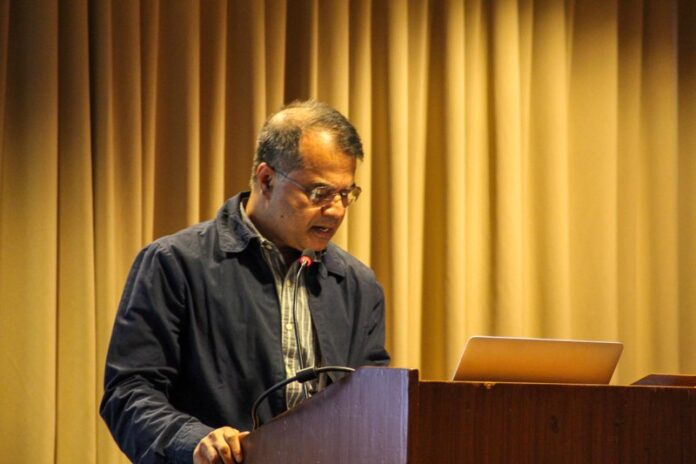 At the cusp of the World Humanitarian Summit to be held in Istanbul, Turkey, a new global network of local and national NGOs has been launched. This network NEAR (Network for Empowered Aid Response) aspires to close the expanding gap between affected population and aid resources.

It has been launched in event on 22nd in Istanbul graced by the President of AFAD Fuat Oktay. In his keynote opening speech, the president welcomed the network as a new way of engaging local actors. “The reason we are gathered here is because more and more people believe that the humanitarian system cannot cope with the challenges of today.” To tackle these challenges, he insisted on the need for innovation, creativity and courage.

The reiterated message by panelists and speakers at the launch was that agency must be given back to affected people. Mr. Azwar Hasan, a local responder to the Tsunami in Indonesia expressed his concerns on how often international actors exit without much investment in the preparedness for local communities. “If the Tsunami happened again, I don’t think the world would be better prepared to respond,” he said.

The newly launched network promises to work with international actors and other networks to make sure that people are at the centre of the system. Degan Ali, the chairperson of the network and the Executive Director of Adeso said that unlike what most believe, NEAR network is not seeking a system devoid of international actors. “We want a system that recognises, enables and respects local and national actors.” Manu Gupta of SEEDS and a member of the network’s Leadership Council maintained that there is a need to create harmonious system that is based on mutual trust, accountability and equity amongst all actors. “In the past, south to south collaborations have had to go from south to north and then north to south.”

The launch of this network comes at a time when the world is convening in Istanbul to chart a new path for the humanitarian system. Different actors in the system are making commitments on the part they will play in this alternative system. In its seven commitments, the network reiterates its pledge to raise the voices of local and national actors, and to track progress on localization commitments made at WHS through research and documentation.

One of the commitments that the network is keeping an eye on is the Grand Bargain of 25% increase on all humanitarian funding to local and national organizations by 2020. During the launch, Claus Sorensen of ECHO, which is supporting the network by funding through CAFOD, challenged NEAR to keep an eye on this Grand Bargain. “It’s not going to be easy,” he said

As the Treasure of NEAR, Rezaul Karim Chowdhury of COAST Bangladesh given concluding speech, he said that NEAR will be a decentralize movement. It will monitor localization, how much is the aid transaction cost, how much is going to local NGOs, NEAR will give emphasize in demand side of localization, it will publish annual state of affairs report in this regard.