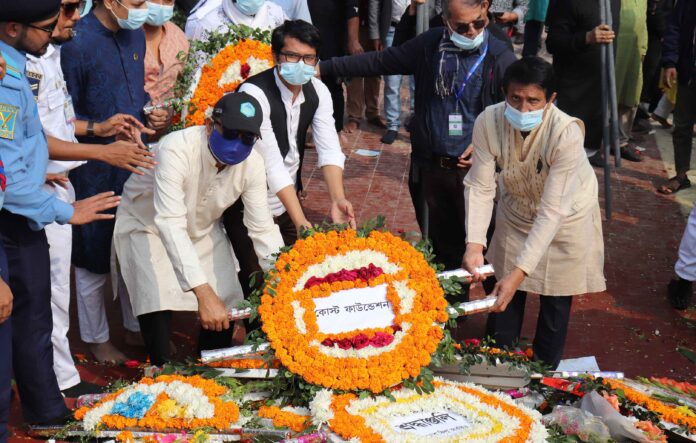 Dhaka, 21 February 2022. Today, the COAST Foundation commemorates International Mother Language Day in all of its working areas to pay tribute to the Martyrs of 1952. The brave language heroes gave their lives to restore Bangla as Bangladesh’s mother tongue. The announcement by the then-President of Pakistan that Urdu would be the official language of Bangladesh was a suppression, and students from Dhaka University, as well as the general public, protested the imposed decision. They sought to convey a simple message: without our mother tongue, we are unable to communicate our thoughts and feelings to their full potential.

The spirit of our independence in 1971 was founded on four fundamental principles: democracy, socialism, nationalism, and secularism, which evolved from the sacrifice of the 1952 language martyrs. The basic objective of this International Mother Language Day was to provide everyone in society a voice, regardless of class, color, religion, or political convictions.

COAST Foundation staff from all of its coastal regions met at the locality’s Martyrs’ Mound to pay their respects with honor flower bouquets.

COAST’s Executive Director was present at Dhaka’s Central Shaheed Minar. Among others, Deputy Executive Director Sanat Kumar Bhowmik was also present. While, COAST’s field offices commemorated the day in their own way, including a parade and flower offerings at local martyr memorials. [Leaflet]