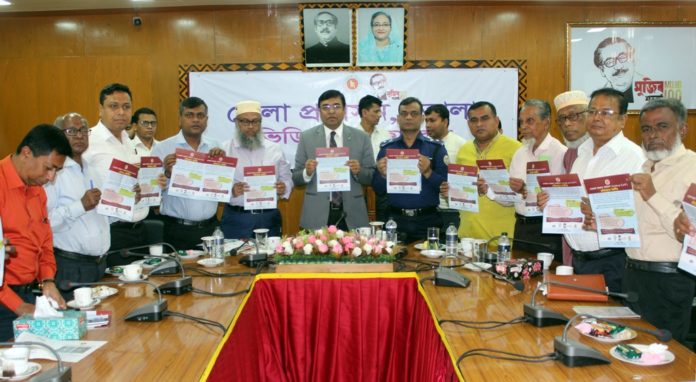 Every day new countries are being attacked by coronavirus. The virus has spread to more than hundred countries around the world. Till now millions of people have been infected but most of them are recovering. Only 2% of people have died of the disease. People over the age of 70 and those who suffering from complex diseases including diabetes, respiratory disease, heart disease are expected to die. The most hopeful thing is that children are not suffering from the disease. Doctors identify regular hand washing, cleanliness, sneezing, covering the face, avoiding gathering, keeping away from the affected person(s) help to protect from coronavirus. Governments in the country has taken protective measures following the advice of the World Health Organization (WHO).
In our country too, three persons have been found infected with the virus, two of them have recovered and returned home. Extensive preparations have been taken by the government to raise awareness and to treat the injured. To speed up the government’s work, COAST Trust has taken a variety of awareness programs. It believes that the health of everyone cannot be ensured by keeping only the employees of the organization healthy, therefore, it has taken initiative to make every members aware of its working areas. The program is in several stages. For example, forcing staff to create awareness and take protective measures by issuing circular, making awareness videos, displaying and posting on Facebook, regularly guiding staff through video conferencing, creating development material and distributing leaflets, regular discussions and home visits to create awareness among members. Follow-up will continue.
COAST has already completed most of the work to properly perform these activities. Awareness building work will continue for more weeks. Four and half lakh leaflets have already been distributed to all families, schools, colleges, madrasas, religious institutions in Bhola and Island, Barishal, Noakhali, Chattagram, Cox’s Bazar areas.
Mentioning that leaflet has been distributed among a total of 135,700 members. In addition, leaflets were distributed in 273 Union Parishads, 51 Upazila Parishads, 9 Zilla parishad, 539 religious institutions, 299 Madrasas, 434 Primary Schools, 280 High schools and 140 Colleges. For the next two weeks, the development of the subject will continue in the Lessons schools, colleges and members. Besides, the community radio-Radio Meghna, located in Charfashion, is regularly promoting awareness talkshow, information, news, public service announcements.
Photos​