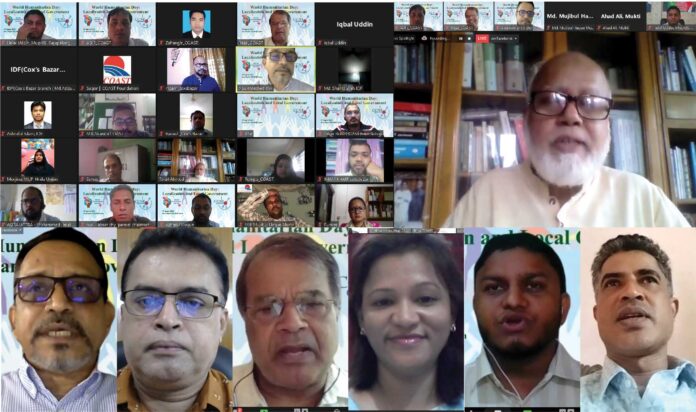 Hnila Union Parishad member Morzina Akhter said, we can play a more active role if our views are taken into account in taking any action in our area. Rajapalang Union Parishad member Helal Uddin said, we don’t have a clear idea of ​​the amount of allocation for the locals and what kind of projects are coming. While local NGOs involve us in their programs, international organizations are not engaging us in that way. Palangkhali Union Parishad panel chairman Nurul Absar said, a Joint Need Assessment to be conducted with the participation of local people’s representatives before taking any action. Rashed Mahmud Ali, chairman of Hnila Union Parishad, said that, Rohingya management can only be appropriate and effective if everyone works together.

Shiuli Sharma of Jago Nari Sangstha said, after the Rohingyas came to Cox’s Bazar in 2017, local women played an important role in serving Rohingya pregnant and lactating mothers, and they also accepted many sacrifices as volunteers. They did not get any recognition for their role, for that volunteerism. They need to be recognized. Md. Arifur Rahman said, I have seen from the experience of the cyclone of ’91 that in all the disasters in Cox’s Bazar, the local people’s representatives stood by the people first. So, their advice is very important when taking any program for the locals. Abu Morshed Chowdhury said, Cox’s Bazar is already a vulnerable area due to natural causes including climate change, but the present government is keeping a close eye on Cox’s Bazar. Many projects have been undertaken for the development of Cox’s Bazar, including huge shelter projects. The success of these initiatives largely depends on the effective management of the Rohingya crisis. And in this case the involvement of local people’s representatives, local government is important.

Rezaul Karim Chowdhury said, effective localization of humanitarian and development assistance to Rohingya management must be ensured. It also needs to ensure accountability at the local level. The role of local NGOs, as well as local government institutions in the effective use of financial assistance and sustainable resolution of the crisis, is undeniable. Therefore, there should be a mechanism for the Union Council to participate in the decision-making process, especially in the various meetings of the ISCG and the RRRC.