In 1954, UNHCR won the Nobel Peace Prize for its groundbreaking work in Europe. But it was not long before we faced our next major emergency.

In 1956, during the Hungarian Revolution, 200,000 fled to neighbouring Austria. Recognizing the Hungarians as ‘prima facie‘ refugees, UNHCR led efforts to resettle them. This uprising and its aftermath shaped the way humanitarian organizations would deal with refugee crises in the future.

During the 1960s, the decolonization of Africa produced the first of that continent’s numerous refugee crises. We also helped uprooted people in Asia and Latin America over the following two decades. In 1981, we received a second Nobel Peace Prize for what had become worldwide assistance to refugees.

The start of the 21st century has seen UNHCR help with major refugee crises in Africa, the Middle East and Asia. We have also been asked to use our expertise to help many internally displaced by conflict and expanded our role in helping stateless people. In some parts of the world, such as Africa and Latin America, the 1951 Refugee Convention has been strengthened by additional regional legal instruments.

In 2020, we marked our 70th anniversary. During our lifetime, we have helped well over 50 million refugees to successfully restart their lives.

Want more UNHCR history? Subscribe and listen to Forced to Flee, a groundbreaking new podcast that sheds light on 70 years of stories from those forced to flee their homes. This is not history from a textbook. These are personal stories of persecution, survival and new beginnings. 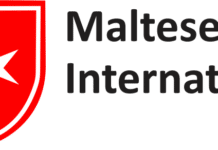