Home event On the climate change frontline: the disappearing fishing villages of Bangladesh 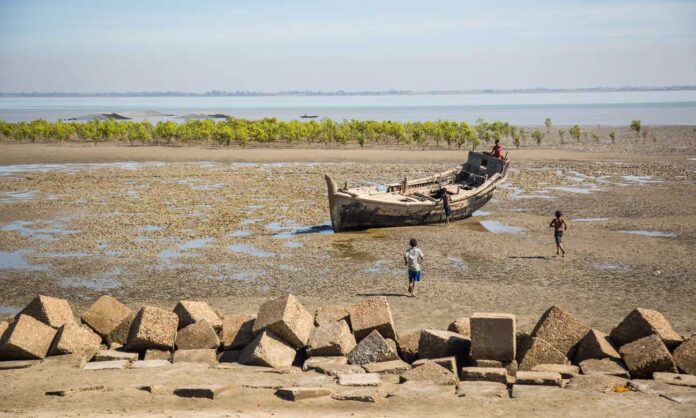 A row of mangrove trees sticking out of the sand, exposed by low tide off Kutubdia island in the Bay of Bengal, is all that remains of a coastal village that for generations was home to 250 families. The villagers were forced to flee as their land, which had been slowly eroding for decades, was finally engulfed by the ever-rising tide five years ago.

For the embattled people of Ali Akbar Dial, a collection of disappearing villages on the southern tip of the island in Bangladesh, the distant trees serve as a bittersweet reminder of what they have lost and a warning of what is come. The low-lying island of Kutubdia has one of the fastest-ever sea level rises recorded in the world, placing it bang on the front line of climate change, and the islanders are fighting a battle they fear is already lost. [click here for full report]