Microcredit Summits organized by the Microcredit Summit Campaign is to encourage practitioners and other stakeholders to use microfinance as a means towards ending global poverty, especially within the region, as well as to spur progress towards fulfilling the Campaign’s Two Goals.
Summit History
In February 1997, RESULTS Educational Fund (REF) convened the first Microcredit Summit, launching a nine-year Campaign to reach 100 million of the world’s poorest families, especially the women of those families, with credit for self-employment and other financial and business services by the end of 2005. This historic event, held in Washington, DC, brought together over 2,900 delegates from 137 countries.
Building on the achievements of the 1997 Summit, a series of Global and Regional meetings have since been successfully held. They have attracted more than 15,000 delegates from over 140 countries. From 1997 to the present, the Microcredit Summit Campaign has relentlessly pursued its goals, maintaining a steadfast commitment to the Summit’s four core themes. The Microcredit Summit Campaign is a global effort to restore control to people over their own lives and destinies.

Since 1997, the Microcredit Summit Campaign has been leading, supporting, and guiding the microfinance field to address failures in reaching the very poor. The success of the first phase of the Campaign, during which those with microloans grew from reaching 7.6 million of the world’s poorest families in 1997 to more than 100 million in 2007, fueled the decision to extend the Campaign. The Campaign’s goals for 2015 were launched at the 2006 Global Microcredit Summit in Halifax, Canada. 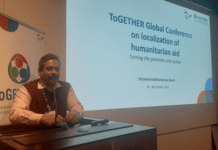 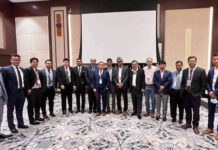