Home event We Condemn the Attack on Humanitarian Activists and Demand Immediate Punishment of... 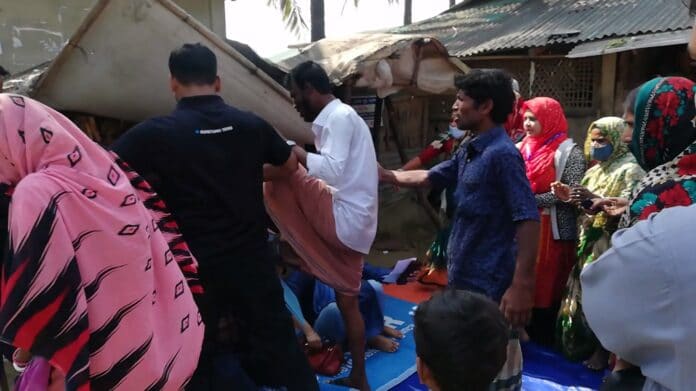 While holding an FGD with poor female program participants, one Union Parishad member attacked six humanitarian activists, including two female activists. This news has appeared in several online and printed publications from Cox’s Bazar. We consider this as a severe threat to all humanitarian activists involved in the Rohingya response, and it will undoubtedly demoralize their commitment to the government’s and international communities’ efforts in this regard.

In Hnila, the FGD began in the new fisherman community along the Naf River. During the meeting, Rezaul Karim, a running UP member from Hnila Union’s ward 5, appeared unexpectedly. He inquired why the FGD was running without his permission, he also inquired who the humanitarian activists were. Tahrima Afroz Tumpa, COAST project manager, attempted to clarify the meeting’s goal, stating that COAST has been working in these areas for the past three years. The alleged member insisted that all activities in these areas must come to a halt. He threatened COAST employees, telling them to leave and not to engage in any actions without his consent. The UP member began indecent languages that could not be published. Six humanitarian activists, including two females, were violently abused by around 5/6 associates with members.

COAST personnel phoned 999 for assistance and rescue because the situation was extremely dangerous. After receiving a call from 999, officers from the Teknaf police station arrived on the scene and rescued the victim. Six injured staff members were transported to the Teknaf Upazila Health Complex and got first assistance from the on-duty doctor.

COAST has lodged a formal complaint with Teknaf Thana. The duty officer has started the investigation of the allegation.

Therefore, we are expressing severe concern and urging that the culprit be punished exemplary.