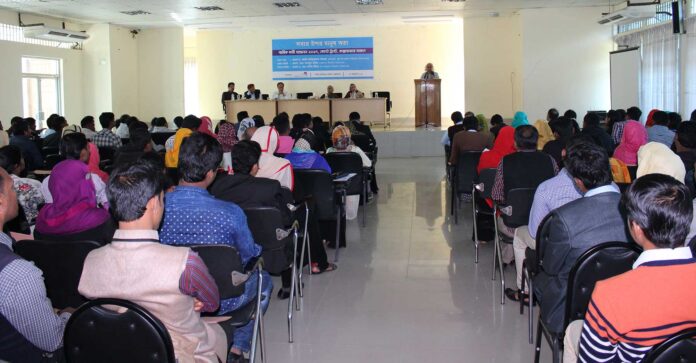 Annual Staff Conference of Bhola Region (MF)
25 February 2017
The Annual staff conference of Bhola region (Core Program) has been started at 9.00 am with the national anthem on 25th February 2017 and with a motivational speech- Aim should be same both for oneself and the organization.
The Director of COAST Trust presented the vision, mission and the future plan of 2017 to all COAST staff. While discussing about values, he said, COAST has always been with the poorest and it will remain beside them for the benefits of rural development and for changing of their life patterns. At present COAST is implementing its activities in seven districts of coastal area. COAST believes in same dignity from CDO to Executive Director. Initially, the ratio of salaries of CDO to Executive Director was 1:12. At present, it has been reduced to 1:8. COAST plans to further reduce it in the future.
During open discussion, the Executive Director shared the organizational future plan. Here he said, the field staffs are now getting a smaller amount of medical bill. He committed that it will be reviewed very soon and will be increased. Besides he said, “we intend to open a regional center at Barisal and 6 branches for Microfinance will be started.’ He requested everyone to inform him. [Bhola Report] [Cox’s Bazar Report_English] [Cox’s Bazar Report_Bangla]